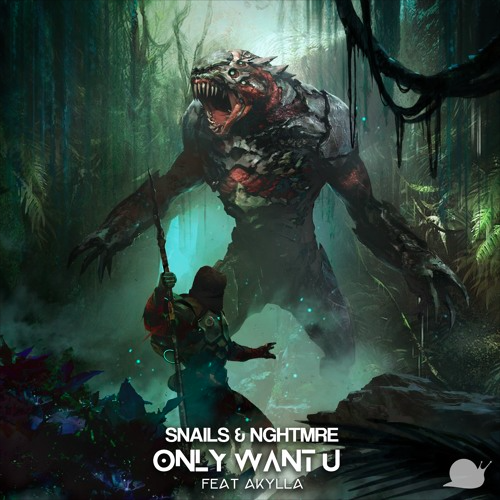 Yesterday on his social media accounts, Frederik Durand, better known as Snails, announced that he would be dropping his mega collaboration with NGHTMRE at 1pm today. Well, he kept his promised, and we have been blessed with their monster tune “Only Want U” featuring Akylla, the second track from Snails’ debut album.

Elements of both Snails’ and NGHTMRE’s production styles are very apparent throughout the track; the intro hits us with a quintessential NGHTMRE buildup, then Snails joins the mix with his signature vomitstep growls. Absolute chaos ensues at the drop, and well, we’ll let you listen for yourself.

Snails is getting ready to close out 2017 in style – his debut album The Shell is dropping before the new year, is going on tour in support of the album, and will be debuting the entire album + brand new stage production at his own mini festival “Sluggtopia” at Red Rocks in a couple of weeks with support from NGHTMRE, Joyryde, Boogie T & Squnto. You can check out “Only Want U” on Soundcloud below.