Fall has now arrived, and so too has Excision’s Lost Lands Music Festival. Held on the Legend Valley Concert Venue in Thornville, Ohio, from September 29 – October 1, Lost Lands will host many of bass and dubstep’s most electrifying performers.

It’s hard to pick a better candidate than Canada’s Jeff Abel, better known as Excision, to curate the top bass music lineup the electronic music world has ever seen, so, for Lost Lands to come out with the star power it did was no surprise. The first year festival will include three different performances from Excision himself, most notably the reunion of his band Destroid featuring Downlink & KJ Sawka of Pendulum. Also featured on the lineup are Zeds Dead, Ephwurd, Ghastly, Illenium, Rezz, Snails, Barely Alive, and so many more.

Despite the incredibly packed lineup, Lost Lands will only have two stages, which should make it incredibly easy for attendees to navigate between their most desired sets. The Prehistoric Paradox acts as the main stage, hosting many of the more well known acts, while the Cave of Souls seems like a place for the bold, hosting more of the up and coming and aggressive live acts.

Lost Lands is fast approaching, if you are deciding to attend last minute, you can grab your tickets at the link above; for the eager who are packed and ready to go days early, make sure to check the Lost Lands App for helpful information on how to best enjoy your experience at the festival. Check out the full lineup below, and we’ll see you in a few days in Ohio! 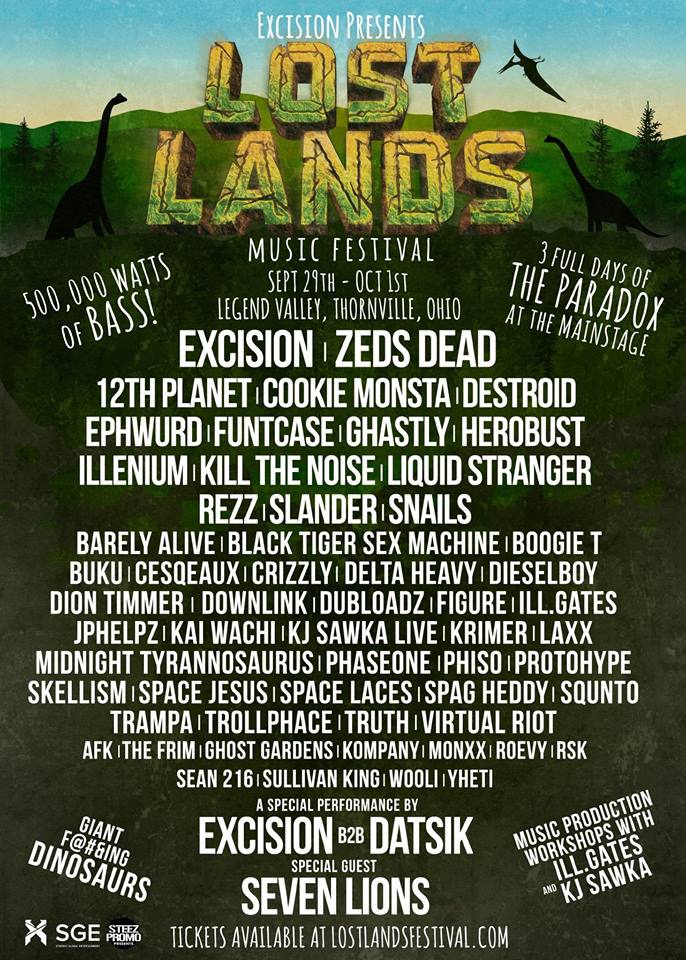