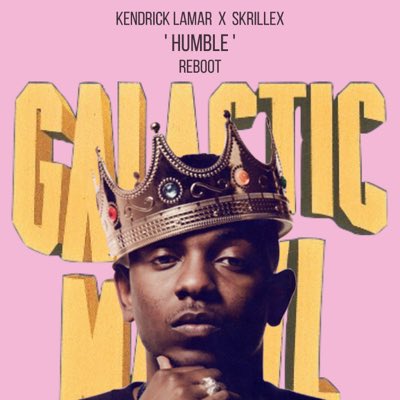 Although it’s only been a couple of days since Skrillex released his remix to Kendick Lamar’s ‘Humble’, we already have an exquisite alternative for you. After the Skrillex remix first surfaced just a couple of months ago, fans of hip-hop and EDM could not wait for an official release date. The remix inspired up and coming artist, Galactic Marvl, to put a bit of a spin into the track himself.

Galactic Marvl is known for his phenomenal reworks of popular tracks that not only provide a different aspect to the track, but at times are even better than the original. His remix of the Skrillex and Kendrick Lamar project incorporates a heavier drop, making you want to headbang even harder. You can check out Galactic Marvl’s reboot of ‘Humble’ below, and let us know which version you think is better.