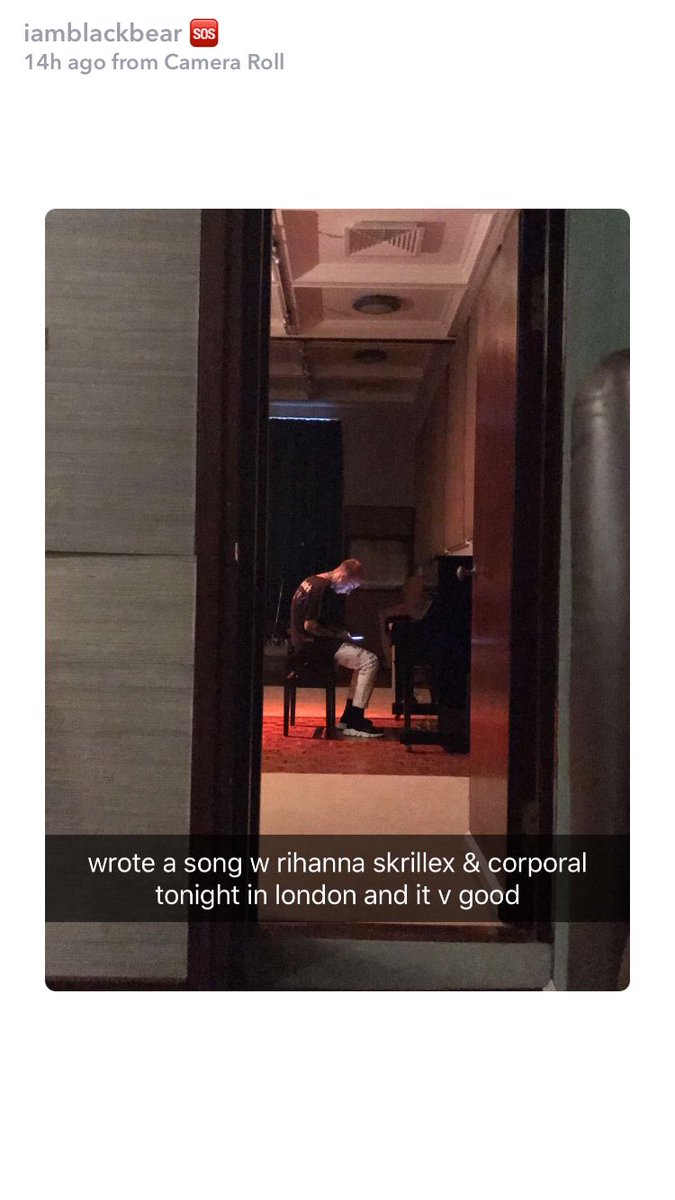 Skrillex Does It Again: He’s Now Collaborating With Rihanna

It seems that Skrillex just can’t get enough of doing business with mainstream artists. And now, that his unforgettable collaboration with Justin Bieber is finally starting to wear off, some images circulating via Snapchat might indicate that he’s doing it again. Who’s the lucky winner this time to be a part of his collection? None other than the 8 times Grammy Award winner, Rihanna.

Although the details are not clear yet, the news started to quickly break after R&B artist Blackbear uploaded a picture on his snapchat account in some sort of recording studio in London. By looking at the image itself we cannot really tell what the story is about, but the picture comes with a legend stating: “wrote a song w rihanna, skrillex & corporal tonight in london and it v good”. After descifrating the message, we can also tell that Corporal and Blackbear will be a part of the production. And, As Blackbear said, it will be “v good”.

As far as comments go, neither Skrillex nor Rihanna have publicly discussed it yet. There still hasn’t been any official announcement of the joint venture or release date, but fans are already starting to speculate about it. One thing is certain, however: whatever Skrillex and Rihanna do together, will give the music industry and followers a lot to talk about.