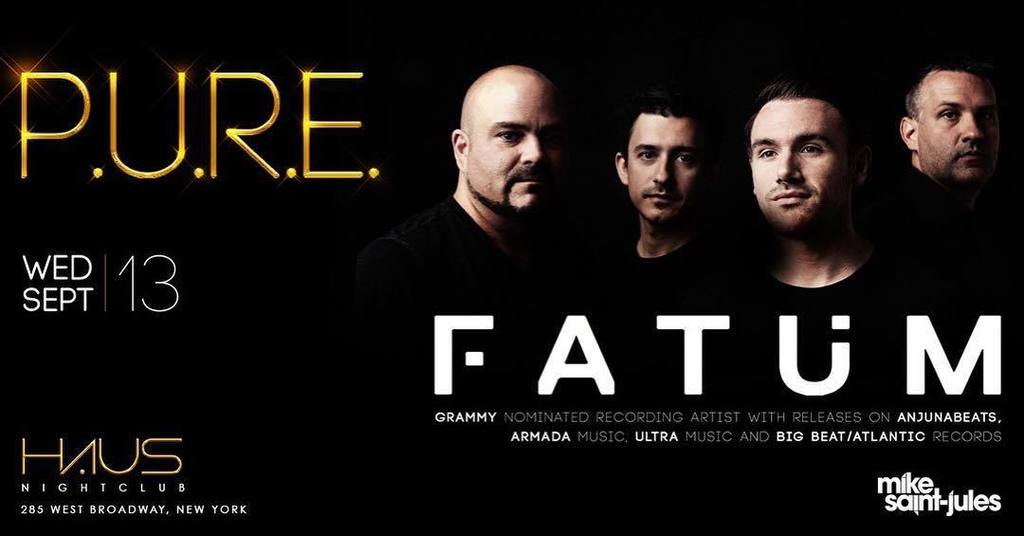 Tribeca’s HAUS Nightclub is kicking off a brand new electronic dance music series called P.U.R.E. (Peace, Unity, Respect, Electronic). The luxury nightclub will host bi-weekly Wednesday events featuring various artists from around the world. The series will span from September 13th to February 14th and beyond, it will promote a different theme each night to add to the festivities.

The P.U.R.E. series at HAUS will launch on September 13th. To start it off with a bang, P.U.R.E. will headline Grammy nominated artists, FATUM, as their first show of the series. The 4-man group joined forces in 2015 and since then have released tracks on labels including Anjunabeats, Ultra, and Armada. They have done remixes for Armin Van Buuren, Calvin Harris and Myon & Shane 54. In 2016, FATUM was nominated for a Grammy for “Best Remixer, Non-Classical” for their remix on Jes’ ‘Hold On’. With all this success coming in such a short time together, you can definitely expect to see them continue to grow in the coming future. Alongside FATUM, Mike Saint Jules will also be performing that night. Be sure to check them out on Wednesday September 13th as they headline the first P.U.R.E. show. 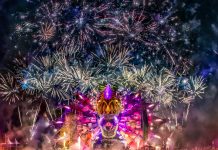 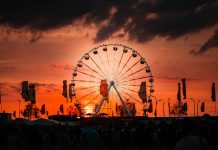