Disco Fries is back with a brand new single featuring Brooklyn’s synthpop duo, Great Good Fine Ok. Their new track, ‘Moving On‘, incorporates a synth patterns with falsetto vocals creating an intimate ambiance for any night club. ‘Moving On’ comes right after Disco Fries’ most recent hit, ‘Reckless‘, which featured Jared Lee on vocals. When commenting on the inspirations of ‘Moving On’, Disco Fries stated:

“Moving On captures a bunch of elements we love about the music that influenced us growing up while holding true to our Disco Fries roots in electronic music. This song is a good indication of where we’re headed with this new EP and we’re excited to continue to share our growing repertoire of styles as songwriters and producers.”

Be sure to check out the full track below as well as be on the look out for the song at Great Good Fine Ok’s performance at the Billboard Hot 100 Festival this weekend. 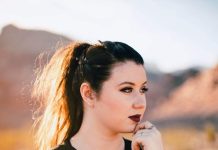 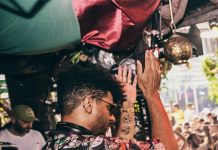