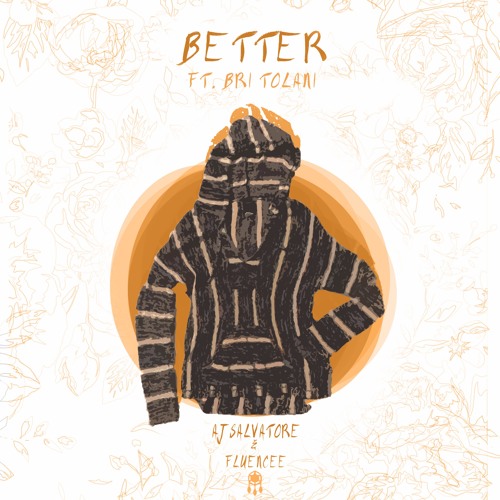 AJ Salvatore hails from Long Island and has had a wild ride of a music career. While holding a background in music since his youngest years, the self taught musician has gone on to play in multiple bands. He eventually decided to chase a solo career and took on producing. Formerly going by his bass-heavy alias Wolfe, the young 21 year old is now ready to pursue a new path with his debut release on TrackRecord AI under Universal Music Group. He teamed up with Fluencee to deliver “Better”, a Dance/Pop hit with a heart-warming chorus. You can expect to be enthralled in the lighthearted atmosphere the two create, while getting lost in Bri Tolani’s silky smooth vocals. With production that perfectly compliments her singing and a drop that encompasses a nostalgic feel, “Better” is sure to be an end-of-the-summer success.

“It took a couple tries to find the right vocalist, but between all of us the chemistry was perfect. I accidently stumbled across the instrumental of this track when Fluencee sent it to a friend that was the original vocalist. I fell in love instantly and wrote the lyrics over night after recording the acoustic guitar.”

My World – Vini Vici vs NERVO vs Shapov