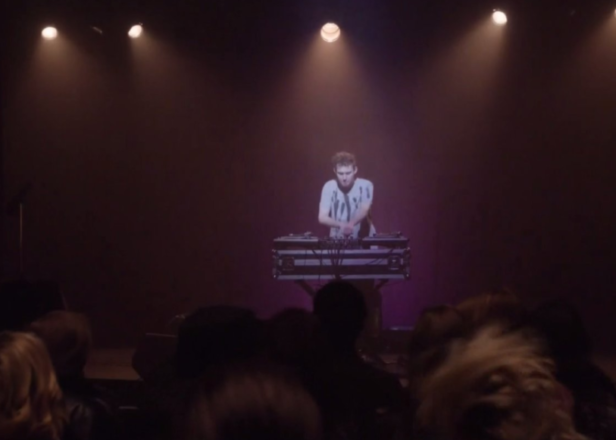 An interesting way to debut unreleased music would be to do it on a hit TV show. That’s exactly what Hudson Mohawke did on Sunday night. The producer also happened to make his acting debut when he appeared in a small cameo on ‘Twin Peaks.’ The cameo takes place towards the very end of the ninth episode. Mowhawke took to social media to promote his performance on the show with a Facebook post and a tweet.

Playing tonight in Twin Peaks, Washington see u there

The unreleased track, ‘Human,’ fit the tone of the show perfectly. This isn’t the first time that a producer has been involved with the show as Flying Lotus released a remix to the ‘Twin Peaks’ theme song earlier in the year.   The show has also seen cameos from a host of several musicians ranging across different genres. With the inclusion of Mohawke, we can only wonder who else will join this growing list of performances at The Roadhouse Bar.