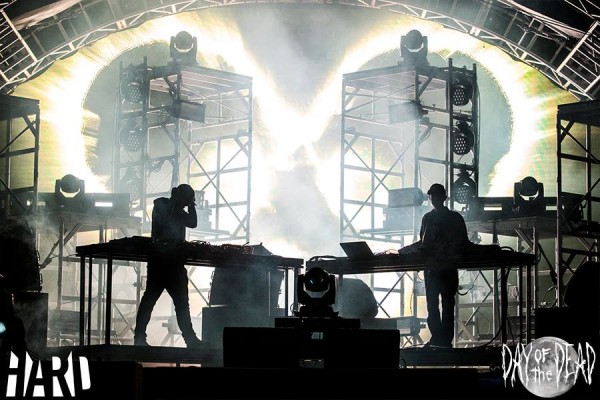 Eric Prydz is celebrating his 41 birthday today, July 19, however he celebrated a bit early with his good friend Deadmau5 at two Ibiza shows on Tuesday, July 18. The duo played a warm up b2b set at Cafe Mambo to start off the evening before heading to Hï Ibiza for the main event where Deadmau5 could play whatever he wanted and Prydz played for three hours.

These shows were part of Prydz’s Ibiza residencies and Deadmau5 was a special guest for this Hï Ibiza show, but decided to just show up at Cafe Mambo to play a little bit more music. It was the mau5’s first show in Ibiza in two years making these sets even more rate and special.

Deadmau5 was posting throughout the night on social media teasing his buddy both before and during their sets. He posted on twitter that Prydz said he could play whatever he liked during his set, however he followed up with a text exchange with Prydz making one simple request: “Please don’t play heavy metal..”

During the Cafe Mambo set, Deadmau5 posted a video of hims of pretending to be sleeping and waking up from a nap while Prydz is DJing right next to him. It was also reported by attending fans that the Mau5trap label-head was playing the popular mobile game, Candy Crush, at times during the set.

Overall, the two played their sets and celebrated Prydz’s birthday in style and Deadmau5 wished him a happy birthday on Twitter to end the night. Check out some of Deadmau5’s post below and be sure to wish Eric Prydz a happy birthday!

That’s what I’m fuckin saying! If it was my bday I’d be like fek you joke you play. Happy bday @ericprydz https://t.co/LnktB2JTFY