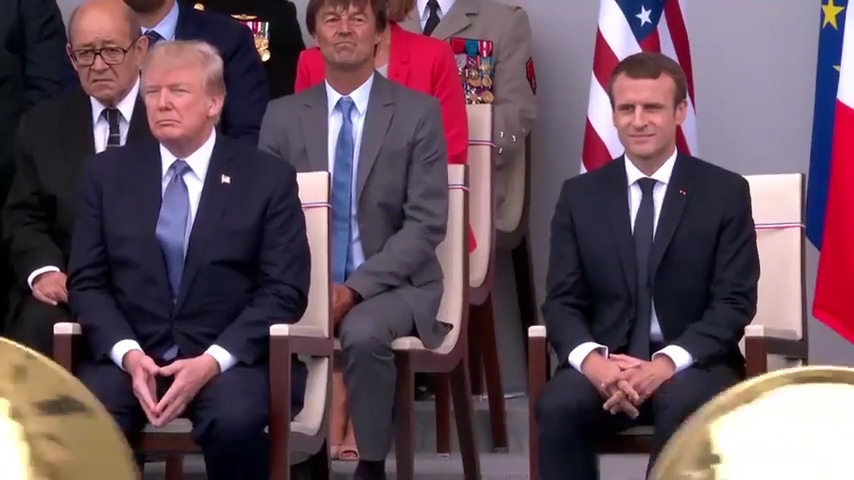 Bastille Day is a national French holiday commemorating the historic revolution that led to what is known as the modern day France. Every year it is celebrated similarly to how Americans would celebrate the Fourth of July. The parade took over the streets of Paris today and had plenty of entertainment. The French army band decided to use their performance slot to commemorate another hometown treasure aka Daft Punk. The musical medley of Daft Punk hits was performed in front of French President Emmanuel Macron, his guest Donald Trump, along with each of their political hordes.

The performance is nothing but entertaining with an endless stream of Daft Punk songs we know and love. As the band continues to impress and wow as they wonderfully take on hit after hit, some of the moments you’ll notice begin with what seems to be Trump giving Macron praise at the start of the routine only to later on in the performance show the U.S. president looking rather bored and unimpressed, giving off vibes that he would rather be anywhere else. I guess we can predict who has better music taste. Take a look at the video below and enjoy!