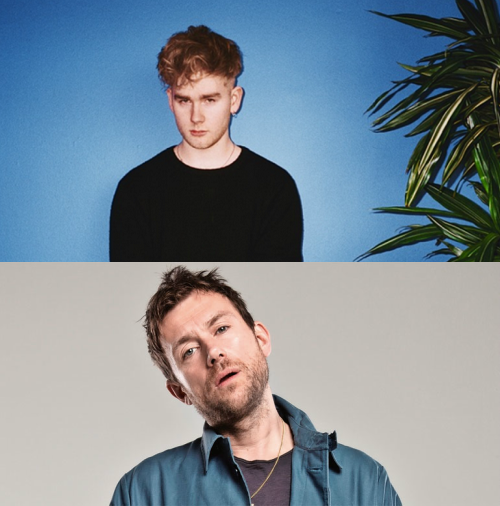 Crossan has had a busy year so far, collaborating several high-profile artists such A$AP Rocky, Charli XCX, Desiigner, and popular British grime artist Stormzy. Continuing with this streak of high-profile collaborations, Crossan’s newest single ‘Blu’ features vocals by legendary British musician Damon Albarn, who you might know as the front man of Blur and the driving force behind Gorillaz. This album is sure shaping up to be quite the star-studded event.

Crossan is a master at creating moods and telling stories with his music, and ‘Blu’ is no different. Albarn’s warped vocals delicately dance over a slowed down R&B beat, with an intricate background featuring fluttery synths. This cut is one of his most impression productions from his upcoming album to date. The track’s message about love is enough to make you want to call up your lover (or ex-lover) and remind them how much they mean to you.

Bursting onto the scene in 2013 with his impressive debut mixtape Soundtrack to a Death, Crossan quickly made a name for himself as one of the most boundary-pushing producers in the game at the time. Since then, he has also released a critically acclaimed EP called Someday Somewhere, garnering him attention from Interscope Records in North America, with whom he eventually signed.

As one of the most anticipated albums of the year, will Mura Masa’s eponymous album live up to the high expectations? Find out when Mura Masa is released by Interscope Records on July 14. Until then, check out the track below.