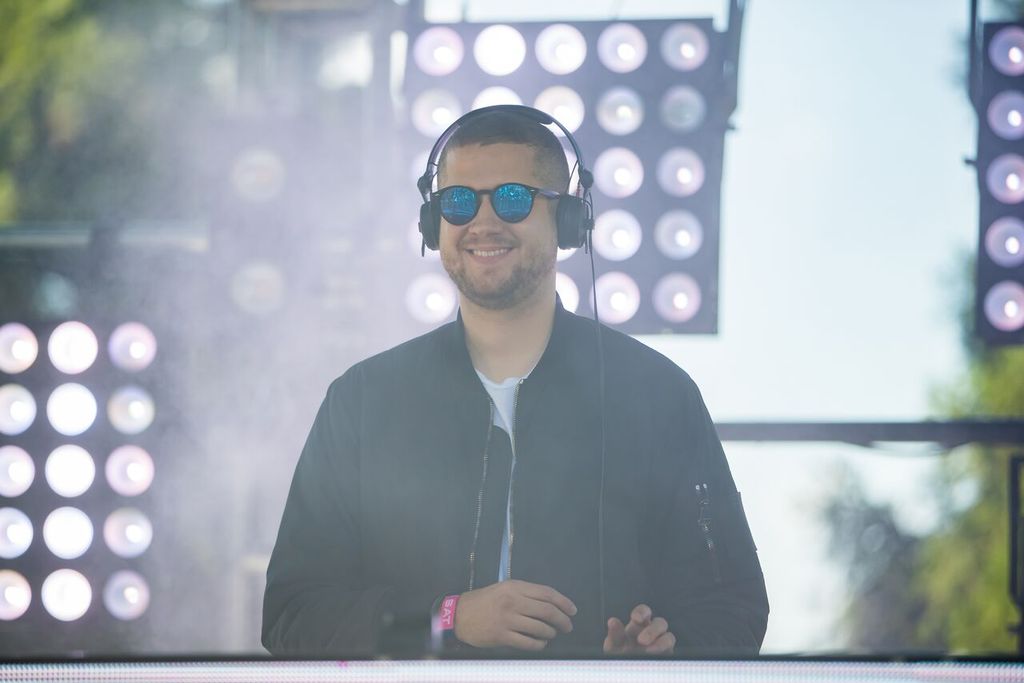 Carlos Cid, or CID is the up and coming, Grammy Award winning producer/DJ that you need to familiarize yourself with if you haven’t done so already. So far this year he has been keeping busy with the release of singles such as ‘Secrets‘, as well as remixes for the likes of Axwell /\ Ingrosso, Galantis and more. We at EDMtunes were lucky to get a few minutes of his time after his set at Shaky Beats Festival to talk about his journey so far and his upcoming plans.

1So it’s your first time playing in Atlanta. How has it been so far?

Awesome. I actually almost didn’t make it here. I had to change my flight and I just barely made it in. I’m looking forward to now walking around and checking out what Atlanta has to offer.

Man, that’s a hard question. I want to say probably Countdown in San Bernadino this past year. It was absolutely ridiculous. Probably the biggest crowd that I’ve played for. It was kind of one of those moment where I’m playing and I’m not really realizing how many people I’m playing for. And then you see the pictures afterwards.

3Do you have any other stand out performances with something crazy going on or a weird location?

I used to DJ weddings and stuff a long long time ago. But probably a house party I played with Kaskade. That was definitely a really awesome moment. That was the first time I ever played with him. We played in someone’s apartment in the city in New York for like 50 people.

4So how did that all come about?

Somebody tweeted at him and was like “hey after-party at my place” and he was like okay. And then i saw him, this was after EDC New York, and i brought it up to him and he suggested we play back-to-back. I didn’t even have my USB. And that was when the festival was in Metlife Stadium in Jersey. So I drove back home, got my USB and went back into the city. So that was probably one of the more interesting places I’ve played.

5You’ve worked a lot with Kaskade since then. How is it working with him?

Amazing. He’s a very selfless person. He just wants to do anything and everything to help. In the current state we’re in, I feel like everybody is trying to figure out a way to get ahead and that’s a very general way of speaking. But he is the opposite. I asked him to remix my last single Secrets and he was like “Of course man, you got it.” I owe him a lot. You know, it’s crazy man. I was looking at pictures the other day from 2009 or 2010. I was at Electric Zoo watching Kaskade. It’s kind of a mind-fuck when I stop and think about it. 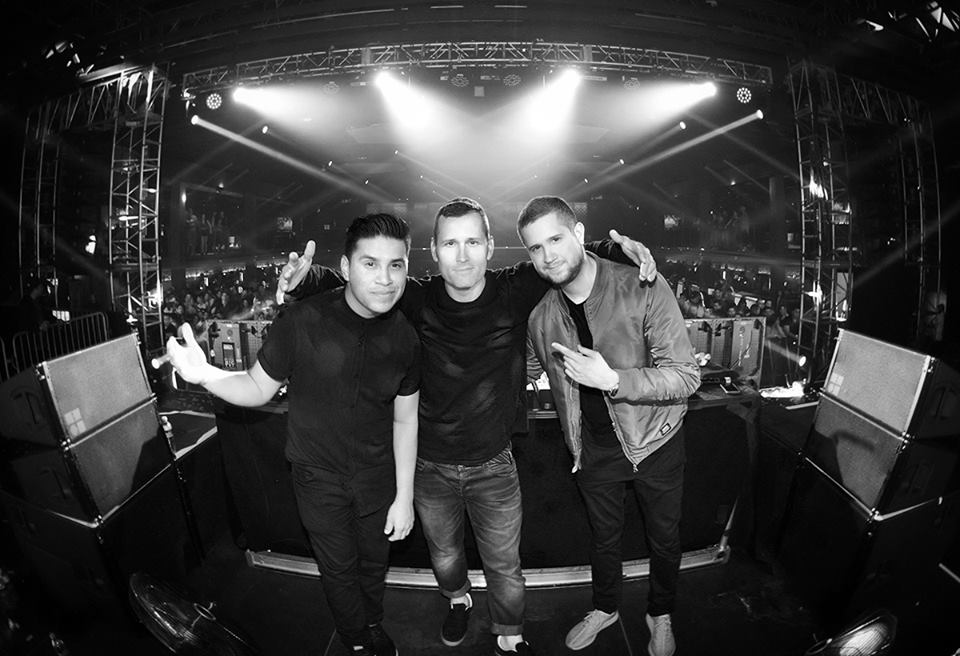 6So you won a Grammy for Best Remix of Recording for Summertime Sadness. How does this rank among your accomplishments so far?

Well I owe Cedric Gervais a lot. He kind of spotted me early on. It was an awesome opportunity that came his way and he asked if I wanted to help him on the remix. When we did it we never expected this. It was kind of incredible to see how far it came. For me it was a moment that was self-validating to know that the hard work you put in is starting to pay off.

7So you’re just a few years into this. I think the first time I ever heard ‘Sweet Memories’ was over a Facebook livestream where you were just talking to your fans over the comments. What does that fan interactivity mean to you as a relatively new artist?

It’s amazing to go from one to two to ten to twenty. It’s really awesome to see people reacting to what I’m doing.  I’m trying to create something where people want to come out to my shows and connect not only with my music but with me as well.

8One song I definitely heard was one of your early ones, ‘She Wants The D’, which was signed to Steve Angello’s Size Records in 2014. How was it back then having Steve recognize what you were doing?

So the first thing that I did that he signed was a song called ‘Got Me Thinking’ with Don Diablo. Me and Don had done a couple things that were a little bigger and in your face. And when we did ‘Got me thinking’, at the time, not a lot of people were making that more house-y sound. And Steve started following me on Twitter. This guy is following me now, I can DM this guy something. The next thing I put out on Size was ‘ILL Behavior’ with Mednas. Both of those were incredible timing wise because I sent them to him around January or so. And when it came time for Miami Music Week, he was playing them. And when I saw Steve Angello at the Decade party in Wynwood, I had no idea he was going to play ‘ILL Behavior’ and it was crazy. That was the moment of his set where the fireworks went off.

And ‘She Wants the D’ was kind of a joke. Sometimes tracks can take like a year to finish and sometimes they come together quickly. And that was one of the ones. I had this vocal chop and I played it for a friend of mine and my friend said “That’s funny it sounds like she’s saying she wants the D”. And I decided to name it that. I sent it to Steve Angello thinking, this guy knows his branding and this title doesn’t really fit the Size brand. He’s probably going to make me change the name. But he didn’t. And it was awesome that year going down to miami and seeing everyone playing it was really cool.

9So you have a strong musical background going back to when you were 12. What inspired you at that age to pick music?

Well my dad had a restaurant and catering hall in Queens. Every weekend he had the same DJ come out and play. As early as 9 or 10 i became fascinated with what he was doing. So my roots are really with DJ’ing first. And from there it just naturally progressed to me wanting to make my own music. 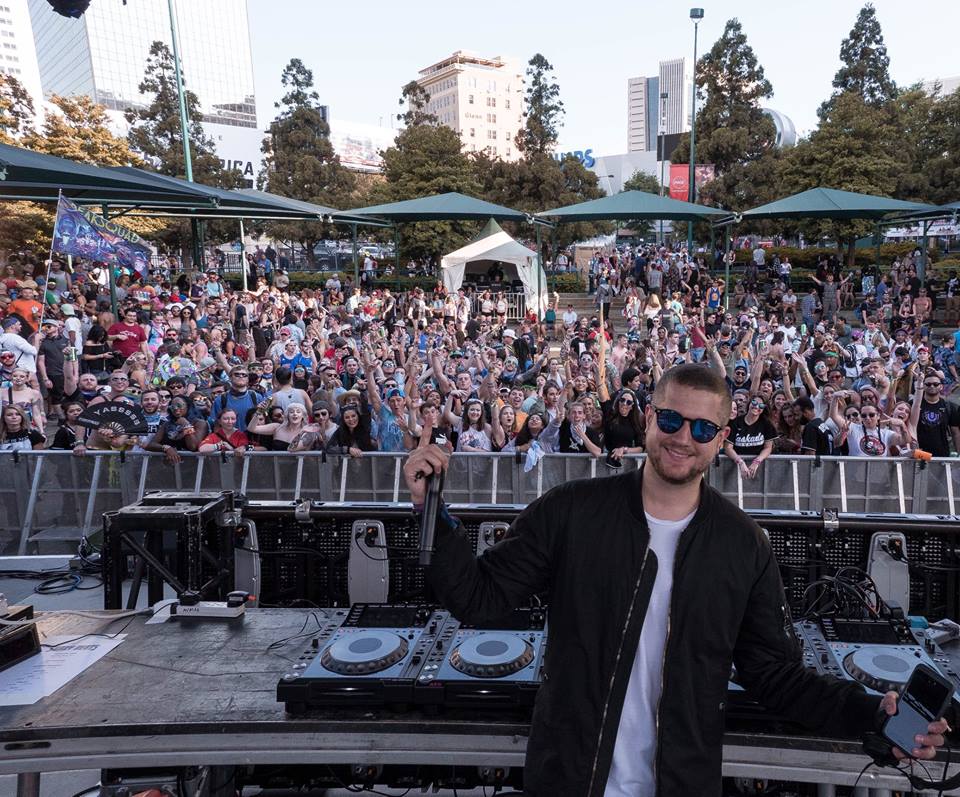 10So how has your inspiration changed over the years?

I think when you start out you’re not thinking about things as an extension of what you want to do. You’re just experimenting. I was self taught on a lot of music theory. It was a lot of trial and error early and it took me awhile to find what my lane is. I feel inspired that I now have a consistent thing happening that I can build musically.

11So far we’ve only heard remixes and singles from you. Do you have any body of work or story upcoming?

I’m really excited to finally put out my first EP in the near future. I kind of had this idea that I wanted to do. I feel like in the current state of music I wanted to do something that was more of an ode to more of uplifting soulful house. My first single is coming out soon. It’s a really uplifting and empowering song called ‘Believer’ featuring Cee Lo Green. I’m really pumped about it.

12So what’s next for you as a DJ and a producer?

I’m really excited to play EDC Las Vegas this summer. I played two years ago but it wasn’t really official. Kaskade had done a Redux art cart and I played right before him. It was crazy. When I started playing it was like two people and it just kept growing. By halfway through my set there was like 5000 people. Amazing experience and it’s awesome to be able to come back and play Circuit Grounds.