I had the distinct pleasure of speaking with Dada Life while they barreled through the newest iteration of their Compound:Evolved tour! If you’re in Atlanta, Minneapolis, DC, Scottsdale, Salt Lake, Detroit or Brooklyn with me, don’t miss this one. It’s sure to be bananas. 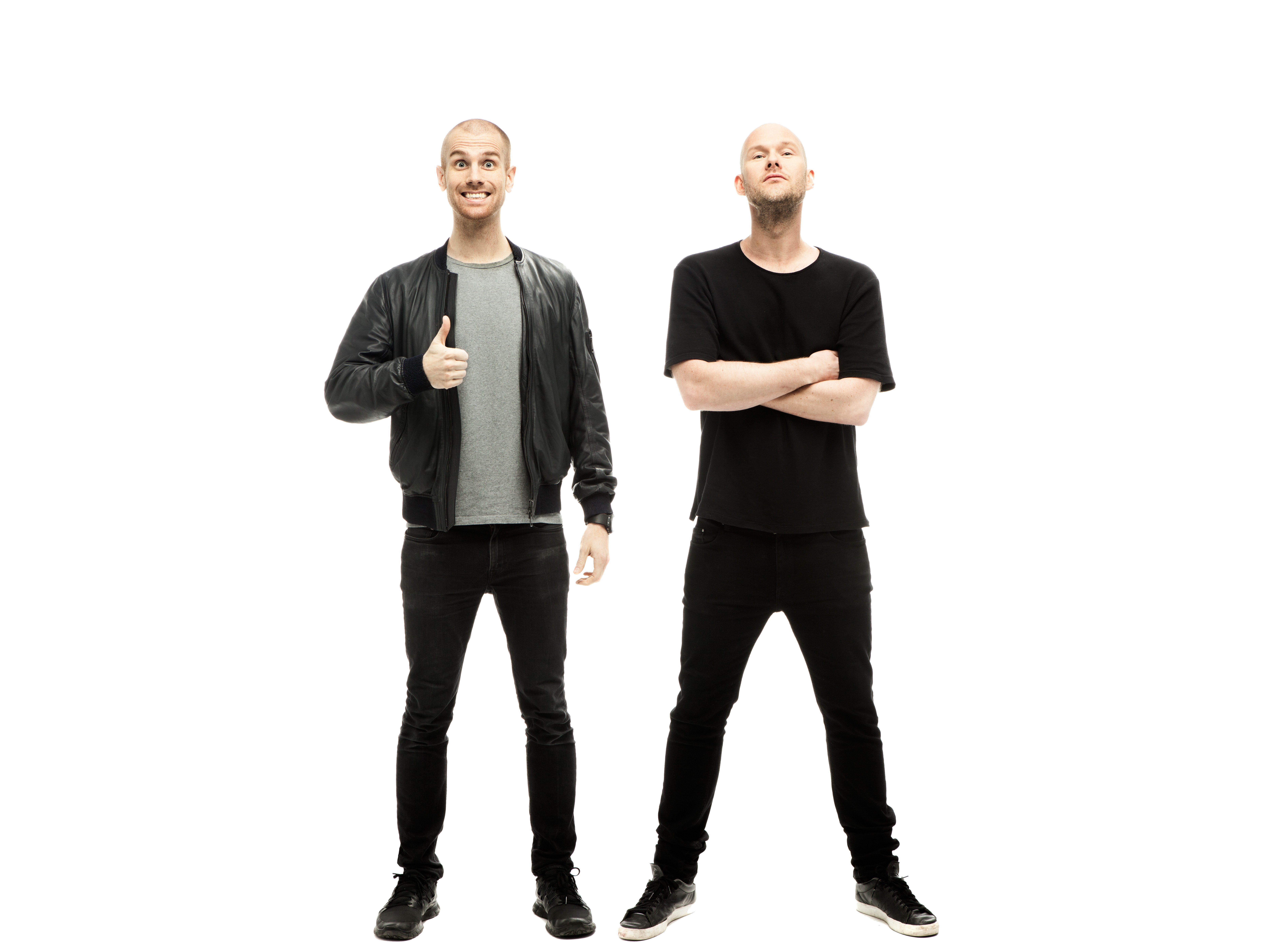 1. How’s the tour going? At this point, are you touring Jedi, or are there hiccups & things you’re still not used to being on the road? We’re touring Jedis that make tons of mistakes! We’re clumsy.

2. Besides champagne & bananas, are there any must-haves in your green room or for Dada Life on the road? Not really. At least nothing we can’t live without. A toilet can be nice.

3. After the smash success of your first plug-in, any closer to choosing the next one you’re going to release for all those hungry producers? We have actually just finished a new plugin! We have just started sending out an early test versions to some friends, so if everything goes well it will be released pretty soon!

4. You’ve referred to Living the Dada Life as “a stupid philosophy,” but it seems to be more important than ever in these stressful times. Do you see your shows as stress relief for your fans? We wouldn’t call it stupid. We do stupid things in a smart way, and smart things in a stupid way. That’s pretty smart if you ask me! But to answer your question: yes we want our shows to be a place you can escape for the night. Leave your everyday behind and step into Dada Land, just for the night.

5. What’s the Guinness Record you’re most looking forward to breaking? We don’t think like that. If something comes up that makes sense, we will break it. But we’re not looking for records to break actively. 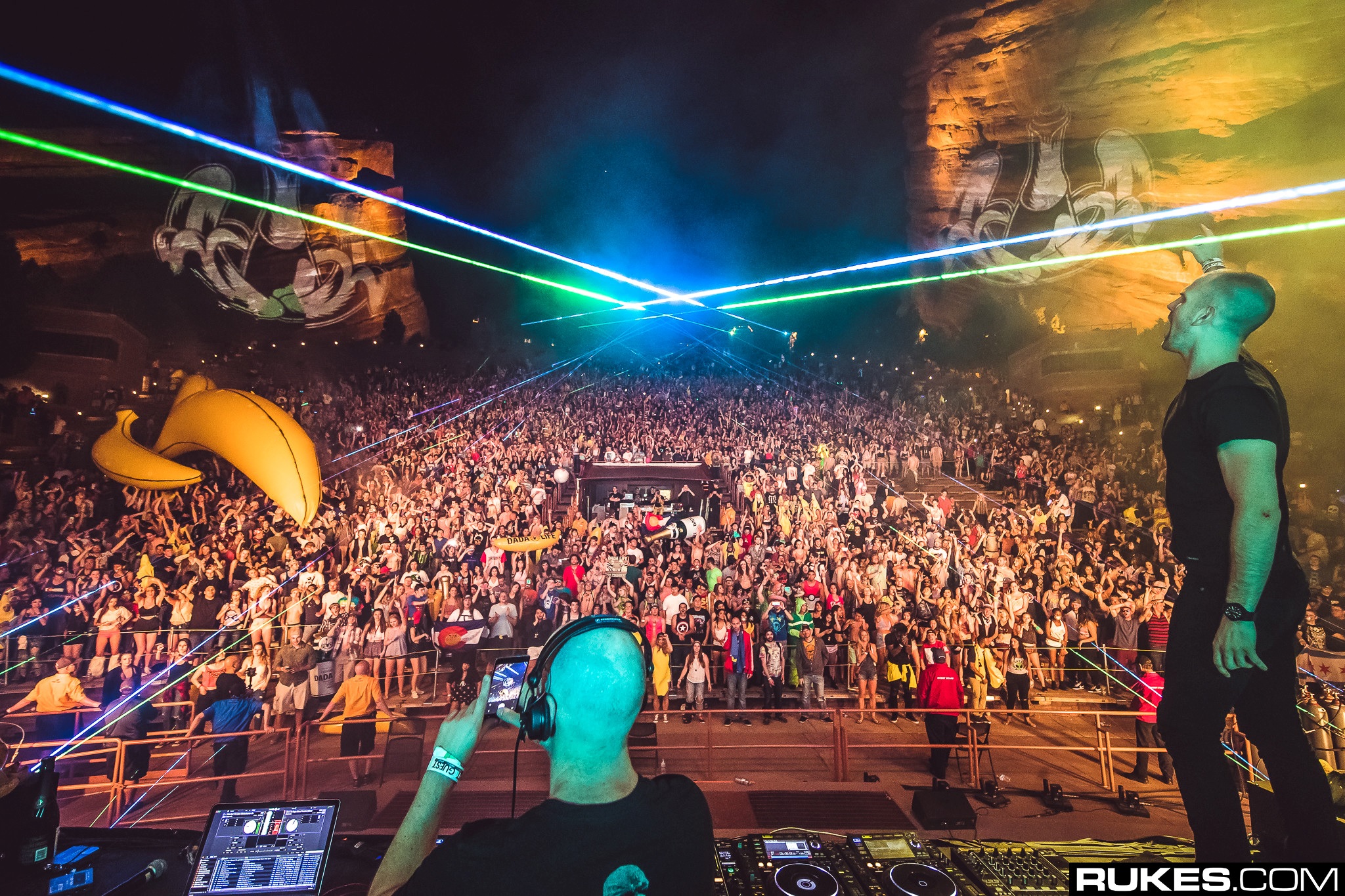 6. Any plans to play a show at a Disney theme park to commemorate how you two met? Haha! That would be amazing!

7. Since you’ve said you’re not super interested in collaborating with other DJs, is there a non-electronic/analog artist you’d like to make music with? Tons. But we’re also control freaks so we’re afraid of letting in other people in our studio. Or maybe it’s just the smell that keeps people away? 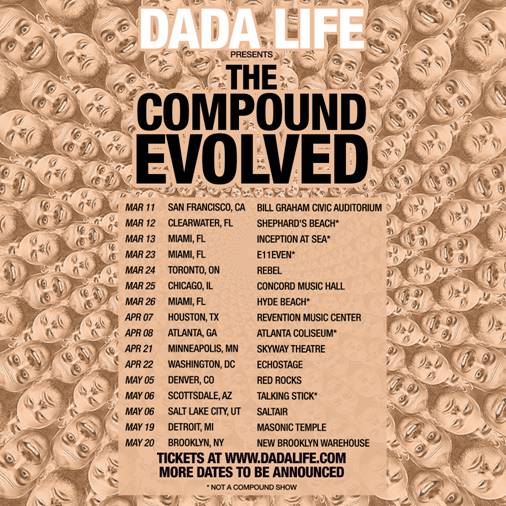 8. Why did you choose to play in a totally new Brooklyn warehouse and not a traditional venue like Webster Hall, Output or Terminal 5? Because it’s more fun if people come to a venue where they haven’t been before. It makes it easier to leave your brain behind and enter Dada Land. You’re not stuck up in familiar thoughts.

9. Dada Life seems to embody a number of the principles that are behind the Burning Man festival. Have you ever been? Many years ago we we’re planning to go, but in the end something happened and we didn’t. Since then we’ve been too busy…

10. Favorite memory from the tour so far? What does Dada Life look like in 2017? I would say just kicking off the tour in San Francisco! A great start with tons of people entering Dada Land and leaving ugly. In 2017 we will release a lot of new music and a new plugin!