Late Sunday night in London, over 500 people gathered at Mangle E8 for the annual LOVEJUICE party. The converted industrial “basement” has hosted many successful music events over the years, but a fight between two males in their 20s left 12 people suffering chemical burns.

While the injuries were not life threatening, the “noxious substance” put two victims in serious condition, and gave 10 bystanders minor burns. Reports state that after an argument occurred between the two men, the acid was sprayed directly in their faces. The corrosive substance then proceeded to seep out into the surrounding area of the nightclub.

While the substance is still under investigation, this event occurred only a week after a similar strong acid was thrown at a family in North London. While all victims are in stable conditions, there is a trend that authorities need to take into account. When going to warehouses or nightclubs, party goers must always be sure to take extra precautions to ensure their safety. 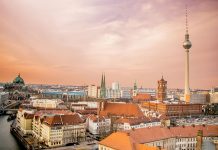