Mark Knight, one of the most legendary names in the house music world, has just announced he is embarking on a huge world tour this spring from April to September.

With stops in Tokyo, Munich, San Francisco, Prague and more, he’ll be bringing his classic style around the globe for everyone to see. Mark has been going on the deck for 10 years solid and has a reputation of being one of the most accomplished house DJs out there. Hailing from the UK, he is one of the most well-known names in European dance culture. His background in dance music is one of the most diverse out there and he’s one of the artists that you can confidently know that no matter where you are or what the crowd is like, the room will be moving.

Knight has also proclaimed that on this new tour he will be playing everything from disco to techno to house – it will be one you don’t want to miss.

Head to his website here for tickets and check out the full schedule of shows below. 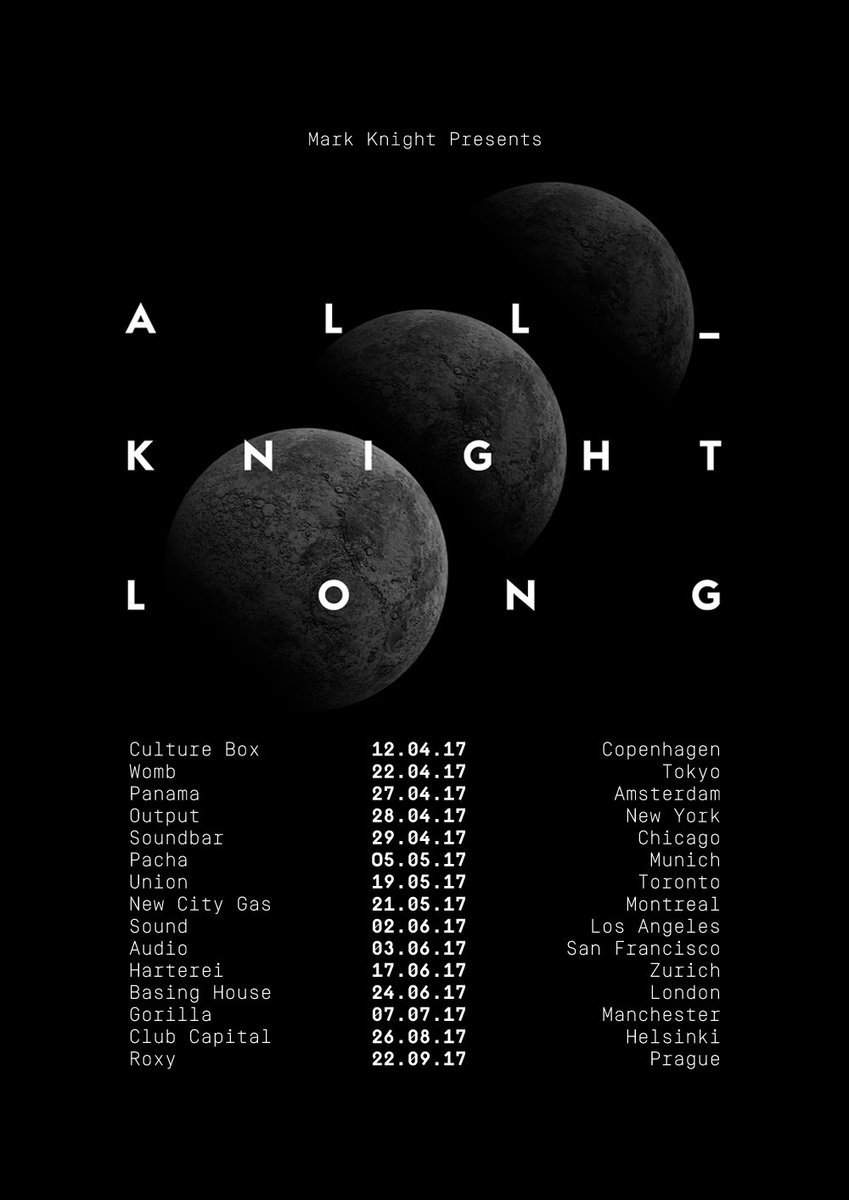