2017 has been dropping awesome lineups and tours so early in its start. Well get ready, because we have another one for you to add to your concert calendars. French Dirtybird favorite Shiba San and household name MK have come together to give us a real treat. The two just announced a North American tour that starts in Southern California, making its way through nightclubs across the nation, while also making a quick stop at Buku Music & Art Project.

2017 Starts with exciting new projects.
I’m thrilled to announce that I’ll be teaming up with MK for an American… https://t.co/rNPHec1Vsw

There are more dates to be announced soon, but grab tickets to these existing dates while you can before they sell out. Stay tuned for more updates and info coming soon! 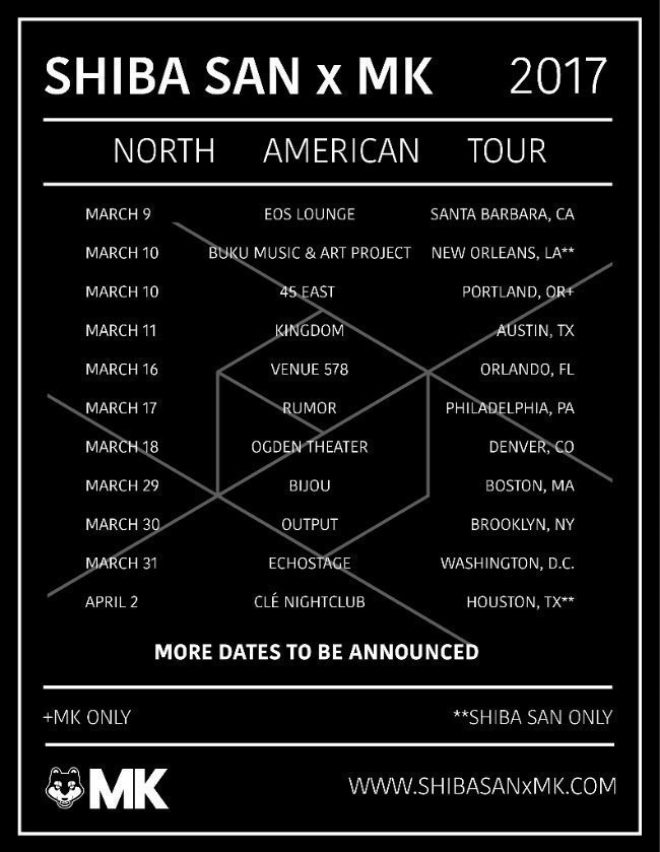