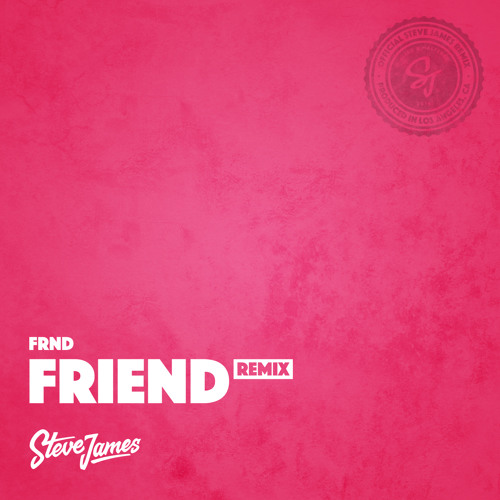 Steve James is heading into the new year on a new found wave of momentum we’re not sure if we were entirely emotionally prepared for. November was an absolutely crazy month for the young artist, releasing two massive remixes, one for Matthew Koma and one for a track of his very own in tandem with another young wunderkind, Joe Mason. He capped it off with a 3rd release, making for a release every 10 days…now the final of these releases is available on all platforms and is ready to be pumped out of speakers worldwide. FRND is a bit of a mysterious project from, and arguably one of the hottest new names to emerge from the bustling creative epicenter; tapping Steve James for remix duties on the self-titled single only makes sense, as he’s capitalized release after release on Hype Machine success and major streaming numbers. The original was a sassy lyrical stroke of genius, with downtempo vibes and a subtle intensity, but Steve’s is out of this world. High energy, increased pace, and unparalleled feel good vibes await…so check it out below, and grab that free download!