Aly & Fila, in the giving spirit of the holiday season, have released an eight-hour set from a previously recorded performance from New York at the Brooklyn Warehouse.

“Loved playing an 8 hours set for such an amazing open minded crowd who joined me on a musical journey from Deep, Techno to Progressive, Uplifting and Psy Trance… Enjoy the journey.”

Having continually made forward progress over the last few years, including their Future Sound of Egypt 400 show at the Great Pyramids of Giza in 2015, the rare-for-the-genre Essential Mix at the start of this year, their production prowess, as well as their expansion of their FSOE franchise parties, including New York City, Zurich and China, the brand of trance they present is the definition of timeless and is a prime example of a truly great creative offering. 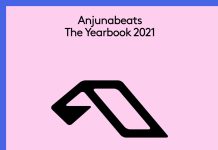