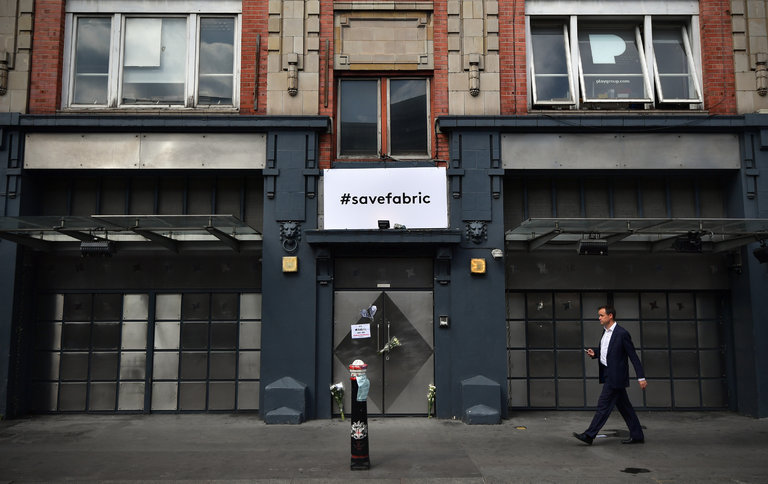 The legendary dance club fabric in London, England is still trying to recover from its recent government shutdown and loss of its operating license in September. The license was revoked after multiple drug-related deaths at the venue less than 9 weeks apart.

The good news is that fabric has gained a tremendous amount of support and legal proceedings to get the club open again are already in the process. fabric’s owners have filed an appeal against their license revocation and they now have an official hearing date, November 28th.  The hearing will be at Highbury Magistrates Court. Philip Kolvin, who is the lawyer in this case, has decided to present his case as an argument to modify the Home Secretaries Guidance under the Licensing Act.

A funding campaign for fabric has already raised over £280,000 and you can donate here.

You can also show your support by dancing in front of the venue for 24 hours straight like the gent in the video below. Way to fight the power.