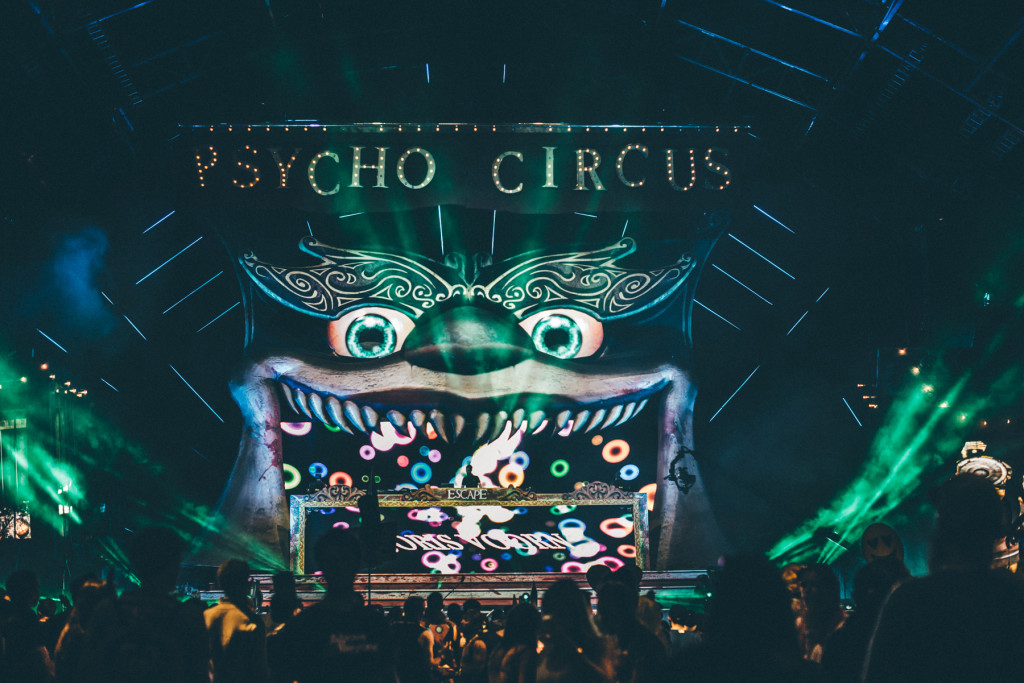 Creatures of the night, prepare to take flight once again as Insomniac‘s annual Halloween event Escape From Wonderland makes its grand return to the NOS Events Center in San Bernardino, California. Following the circus theme that the company introduced back in 2015, Escape: Psycho Circus will be descending on headliners once again on October 28th and 29th for two terrifyingly terrific nights of music and haunts.

The lineup was released after day 2 of Insomniac’s flagship Labor Day festival, Nocturnal Wonderland, held this past weekend at the San Manuel Amphitheater. Heavyweights such as Tiesto, Armin van Buuren, Kaskade and Eric Prydz will be dominating the festival and showing everyone why they have continued to stay at the top of the game; meanwhile, emerging artists will have the chance to prove their worth earlier on in the night as they usher in the first headliners into the festival. Tickets for Escape: Psycho Circus start at $179 + fees and are still available. Don’t miss the chance to experience a star-studded roster of talented veterans and rookies alike.

Day 2 of Nocturnal was sick! Videos coming! Meanwhile, just got one of these!  There’s the lineup for this years Escape Psycho Circus! @escapehalloween #escape2016 #psychocircus #halloween #insomniac #rage2hard