Some things just aren’t meant to be. Back in 2014 Eric Prydz and Deadmau5 committed to the most highly anticipated b2b set imagineable at Hard Day of the Dead. As it turned out, the two legends simply couldn’t coordinate their schedules to plan the once in a lifetime set they originally envisioned. What ensued, while still awesome by most accounts, ended up being Deadmau5 and Eric Prydz taking turns DJing over a 90 minute slot. 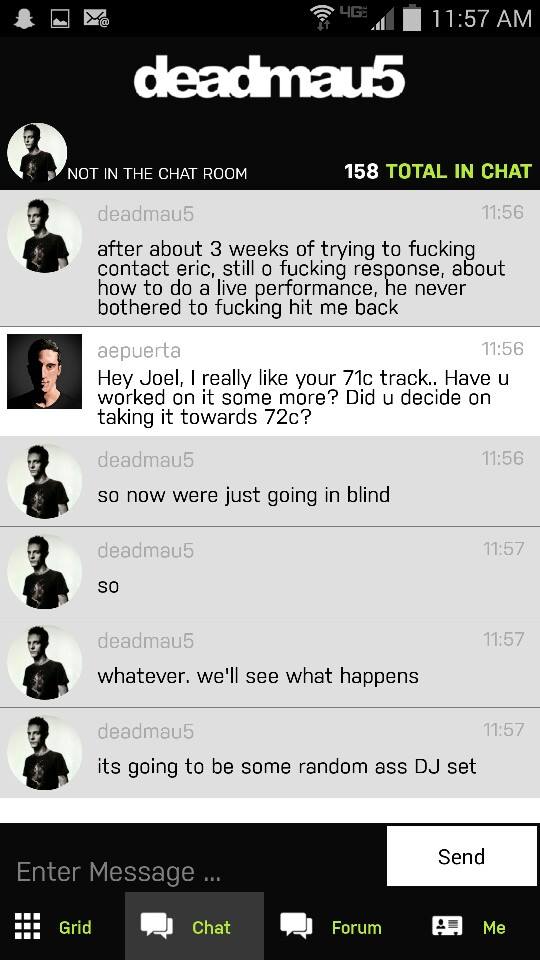 Then in 2016 Joel and Eric began working together again, playing a b2b set during Miami Music Week and playing consecutively at Ultra’s A State of Trance stage with unforgettable results. Not one to be outdone, Tomorrowland announced that Deadmau5 and Eric Prydz would get their own collaborative stage. The dance music world was literally set on fire with excitement over the idea that we would see Deadmau5 b2b Eric Prydz on the Tomorrowland mainstage, or at the very least headlining their special stage together. This week’s timeslot lineup from Tomorrowland might have just thrown a bucket of cold water on that idea.

Unfortunately, the dream of Prydz and Mau5 gracing the most epic stage in Europe is not in the cards. While Ultra Music Festival might revel in surprise appearances like their Jack U closer and Deadmau5 appearance during Pendulum in 2015 and 2016 respectively, Tomorrowland is a much more predictable affair. They have always announced their lineups without any surprises, save for the AvB b2b SJRM b2b W&W (that’s a mouthful) set that closed Tomorrowland Brazil after a storm messed up half of the day. During TomorrowWorld 2014, the lineup was accurate enough to include 15 minute interludes from Ferry Corsten in between sets on his Full On stage.

Alright well if they don’t take the mainstage they’ll at least do an epic b2b on their own stage right? Well, the stage lineup shows both artists playing seperately. To cast even more doubt on the b2b, Adam Beyer vs. Ida Engberg is listed right above them. If deadmau5 and Prydz were playing b2b, wouldn’t we see “Deadmau5 vs. Eric Prydz” on there? If Tomorrowland stays as predictable as its been, there’s no reason to expect any b2b time at all.

We know that deadmau5 talked about taking some studio time with Eric and that they did spend some time together when Eric was in the area for EDC New York, but the promised Twitch studio session never happened. Perhaps they still couldn’t find the time to do it right. Maybe Tomorrowland actually planned for them to play a b2b set. After the epic 165 minutes of bliss that the two bestowed upon the attendees of Ultra 2016, perhaps the pair decided they would be better served doing that again. Even if that is the case, it’s still consecutive sets from two of the most legendary and talented producers in dance music and nothing to scoff at. Obviously this comes with a grain of salt and maybe when Tomorrowland announces the timeslots there will be a seperate b2b slot. Perhaps this is all wrong and there will be a b2b (no comment from either artist at this point), but Tomorrowland is not one for surprises. Do you think the b2b will happen? Would you be let down if it doesn’t?