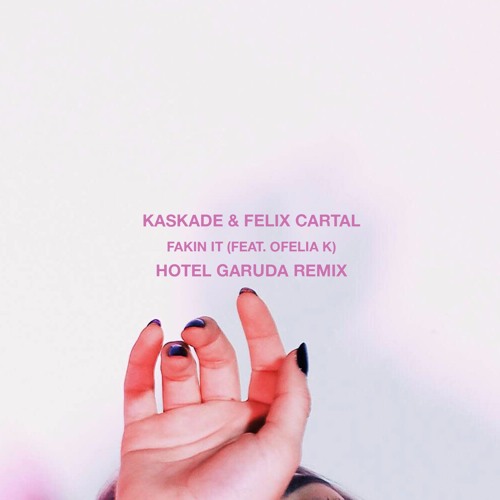 One of the hottest summer tracks just got hotter with a fresh remix by Hotel Garuda. Kaskade and Felix Cartal‘s “Fakin It” ft. Ofelia K was released not long ago, and already received major love from fans and non-fans alike. The song was used as Kaskade’s intro to his set at EDC Las Vegas, and now the already-amazing song has received a facelift. Manila Killa and Cloud Weather of Hotel Garuda put a playful spin on the song, giving it more of a house vibe. An interesting note to add is that both Kaskade and Hotel Garuda were in attendance at this year’s EDC Vegas, and while they performed at completely different stages, they both destroyed their performances. Stream the new remix now and give it a heart on Hype Machine if you’re feeling it.