Miami Music Week was huge, especially for all artists as they put on the craziest performances for their fans. After an epic performance at Ultra Music Festival, Brillz brought Twonk team over to The Hangar to close out the week with his touring Twonk Di Nation party.

As the night started with Willy Joy, Party Thieves and Cesqeaux throwing down bass heavy sets, the event rolled on into midnight with Loudpvck, Party Favor and Brillz delivering banger performances. Once Brillz finished his set, Herobust and LAXX jumped on the stage for their performances, including a special B2B for a little while. The party went on basically all night, and it was the perfect way to close out one of the biggest weeks of the year in Miami. 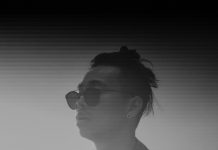