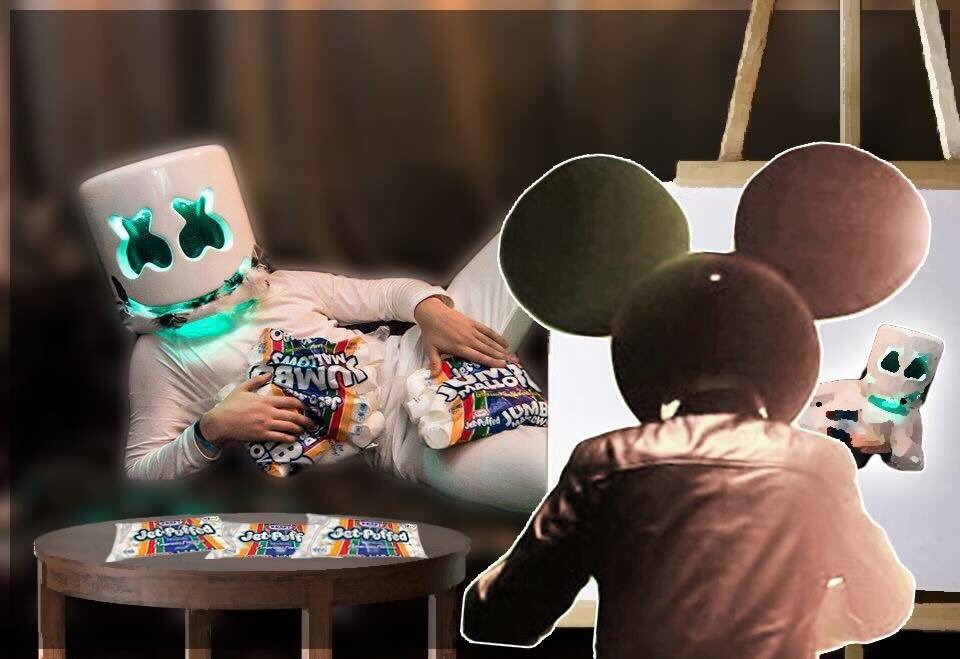 Just last week our editors selected Marshmello‘s Adele remix as one of the best of the year, but Joel Zimmerman aka Deadmau5 feels differently. Not long after garnering some sympathy when he was randomly attacked by Ghastly, Deadmau5 took aim at Marshmello and fired away.

Obviously he is totally down for a collab #mellogang pic.twitter.com/Rfvs92MeCh

when i want someone to repitch my work down to 140 and throw on a few massive presets and a limiter, ill let u know. https://t.co/OP1wTkrssI

@Lancerc8 then maybe i should just dumb it down to a handful of same-note wobble basses and a brickwall. GREAT IDEA. SHITS FIRE!

He called out the mysterious producer’s remix style as overly simplistic to put it nicely. In keeping with Marshmello’s upbeat persona and no drama style, the anonymous producer kept his response humorous and classy. Other targets should take note, as this response seemed to diffuse the situation efficiently.

That’s not very nice @deadmau5 I really thought you were different…I thought we had something #mellogang pic.twitter.com/hA3MNrv4qL