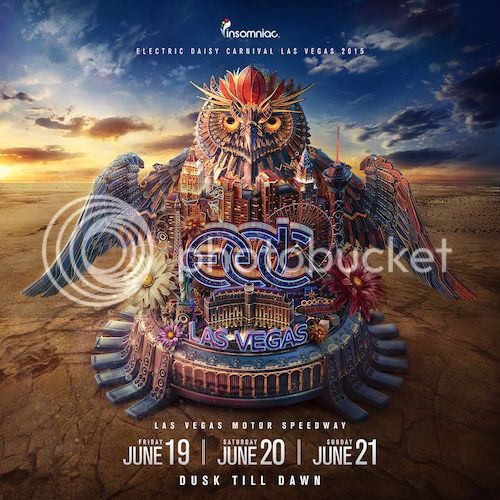 Mark your calendars for one of electronic music’s main events. Insomniac has officially announced the dates for EDC Las Vegas 2015 (EDCLV). The three-day dusk-’til-dawn desert spectacle will run from Friday, June 19th to Sunday, June 21st at the Las Vegas Motor Speedway. Although it had been speculated that EDCLV 2015 could become a two-weekend affair à la Coachella, Insomniac CEO Pasquale Rotella has opted to keep his hallmark festival one weekend only. Tickets will go on sale Monday, December 1st at 12:00pm Pacific Standard Time.  Unlike years past, there will be no loyalty presale for returning headliners.  On the event’s official site, Insomniac states, “We want to ensure that everyone who wants to attend has an equal opportunity to purchase tickets at the lowest price. All tickets will go on sale Monday, December 1.”

General Admission tickets will start at $329 + fees and VIP tickets will begin at $699 + fees. Payment plans will be available for all ticket types.  Check out the official video announcement below and we’ll see you there under the electric sky!