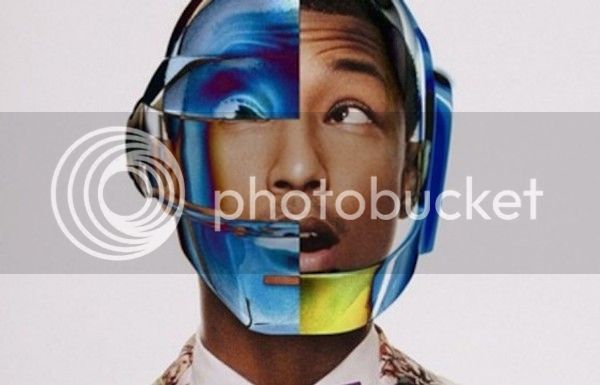 Pharrell Williams has just unveiled a stunning music video for his collaboration with Daft Punk, “Gust of Wind” off his recent album, G I R L. The music video was directed by Edgar Wright, the talented director behind films such as Scott Pilgrim vs. The World, Shaun of the Dead and Hot Fuzz.

The “Gust of Wind” music video places Pharrell in a journey through an autumnal bewitched forest, complete with hand-clapping nymphs & choreographed aerial acrobatics and dancers. Through the entirely of the video, Pharrell waltzes through the trees, while trapeze woodland fairies twirl around him on a mountainside. Although the video doesn’t necessarily tell a story, Wright employs enough visual tricks and interesting imagery to create an aesthetically pleasing, fun and lighthearted video.

Unfortunately, the robotic talents behind this track do not reunite in person for the music video, but Wright found many smart and cohesive ways to incorporate the duos iconic helmets and persona throughout the video. The video opens to Pharrell approaching two giant Daft Punk helmet-shaped boulders that eventually begin to hover and light up whenever the chorus kicks in. As the video fades to black, we see Daft Punk’s silhouettes stenciled in the sky as their helmets ascend upward. Although Daft Punk themselves never drop into the forest themselves, their presences is laced throughout the video. Check it out: