After the cancellation of beloved Wavefront Music Festival was announced this year, fans looking to spend the Fourth of July weekend soaking up sunshine and great tunes were certainly excited with the announcement that Riverwest Music Festival would be making its debut in Chicago. Yet, following the inaugural event over the holiday weekend, more fans seem to be expressing their frustration than their gratitude, so much so that a Facebook group was quickly created to demand refunds for a multitude of complaints. On the surface, Riverwest seemed primed for success as it saddled along the Chicago River in the foreground of the picturesque Windy City skyline, boasting a uniquely diverse lineup of talent. Yet, a series of confounding decisions by the festival organizers left a far from ideal first impression.

What went wrong? Many fans’ issues started at the gates where they were greeted by Premiere Tactical Solutions, a security service that boasts its ability to “assign former military and law enforcement and/or other specialty operators to handle any situation.” Security is certainly a high priority at music events, especially given recent news headlines, but they are meant to ensure that the festival experience remains a positive one. From the unpleasant security checks at the front gate to downright hostile encounters with fans inside the fences, muscle-bound men in tactical uniforms made the experience needlessly tense & uncomfortable, and felt highly unnecessary given the smaller stature of the event.

Security wasn’t the only issue with the festival. There was also a lot of question about how the event was set up, from a large barren gap left in the middle of the grounds to the fact that the stages weren’t even labeled. As I wondered over to one such unidentified stage, I suddenly realized that empty space in the middle of two stages was more than just an eyesore; with no barrier between them, the sounds of separate performers were occasionally overlapping with each other. While the open area may have been designed with the expectation of a larger crowd, it seemed better suited to host some of the vendor stands or bathroom facilities that could have created that sound separation it needed.

But, by far the biggest complaint from guests, and the most confusing part of the event, was the fact that one of the stages was confined to the rooftop of Estate, the bar located within the festival grounds. This became problematic for a number of reasons. For starters, it limited one of three stages to a 21+ crowd at an all ages event, a fact that was not publicized to the masses when they bought tickets. In addition, it severely limited the number of people that could attend the stage, which just so happened to feature some of the biggest acts of the weekend. Fans were forced to wait in line both outside and inside of the bar, allowed express entry only if they were willing to fork over somewhere around $1500 for a table. I can honestly say I’ve never seen anything like it at any festival before. It raised a lot of questions about the integrity of the event, one who’s organizers had connections to Estate no less. Whether it was poor coordination or dodgy behavior, it definitely left plenty of people questioning whether they were really getting what they paid for.

The good news for those in attendance was that the clear high point of the festival was the roster of talent, which spanned the electronic music spectrum and provided energetic, rousing performances. (A noticeable missing guest was Rusko, who had to cancel due to illness). Given the smaller stage setup, it was easy to get close and feel engaged with the artists. With the “underground” lineup, it was the first time many fans were seeing these performers, and it certainly created an intimate experience for a first show. One of my favorites was Vaski, a heavy-bass producer out of Minneapolis, who was able to tightly hold an eclectic crowd during a sweltering Sunday afternoon. It was the way fans hope to first experience a new act, and promising at least that there’s something worth salvaging here.

Every new festival can expect to run into issues and we certainly give credit to those looking to bring more electronic music to the masses. But it’s also important to remember that a positive fan experience is the most crucial component to any successful event. Riverest has certainly heard the cries of the masses; now, we’ll just have to wait to see if they were actually listening. 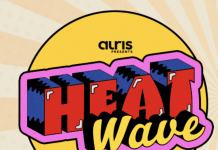 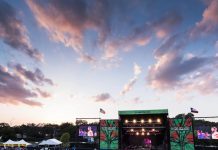 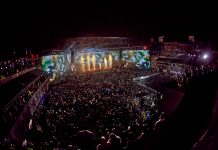