Just when we thought the excitement of summer was coming to an end, trap titan Baauer and German heavyweight Boys Noize decided to team up to bring back the party with a dual tour around the United States. Their tour, “run X” is set to kick off in New York early next month and will span a total of 24 tour stops across the country. This tour mixes Baauer’s signature trap styles with Boys Noize’s hard hitting electro beats, which can only result in an epic dance party fueled by smart, heart pounding, full throttle beats. Baauer and Boys Noize will be accompanied by the support of Spank Rock, Nadus and Lido with visuals provided by Sus Boy to ensure one hell of a show. Check out the high energy teaser below for a taste of the madness to come. 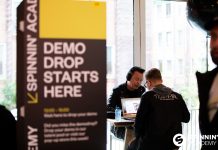