Hearing favorite local DJs open up a big night out is one thing. Getting legendary UK producer Rusko as a headliner on said night is another. But experiencing it all on a beautiful yacht cruising around Manhattan’s harbor? We were completely blown out of the water.

After an energetic inaugural Bounce Boat voyage in April with The Chainsmokers, we couldn’t wait to see what kind of vibes the dub-heavy lineup would create at such a one-of-a-kind venue. Performers Subset, Infuze, and Rusko are the types more likely to be spotted at a big festival stage or Webster’s BASSment than a spruced-up cruise ship. But the laid-back energy Friday night combined with an impeccable ambiance on board – and an illuminated cityscape on deck – made even the dirtiest of dubstep feel fabulous.

Brooklyn DJ/producer Subset got things moving as the sun set, with his posse of regular fans already raging on the boat’s surprisingly expansive dancefloor. Fellow Brooklynite Infuze kept that energy going with some dub-licious bass flow – how could he not? I mean, have you heard his massive release with Flinch (“Hyperion”) that came out earlier in the week? However, the man and the myth himself, Rusko, stole the show. For many American fans, Rusko introduced us to that one of a kind dubstep sound back in the late 2000’s and into 2010 and beyond. Like Nero and Sub Focus, these tastemakers from the UK produced the wubs heard ’round the world in electronica’s recent resurgence, and brought the genre to the forefront of the modern dance music scene. So hearing him drop favorite tracks like “Woo Boost”, “Hold On”, and Caspa’s remix of “Cockney Thug” not only brought back memories, but reminded us of the excitement and community dance and dubstep music fosters. All in all, the shiny, shmancy nature of the Bounce Boat did not take away from the gritty, low-end dubstep being blasted through the sound system. It only enhanced it. Dub this fresh deserves to sail smoothly along the NYC skyline, not stay cooped up in a basement somewhere. And besides, dancing only gets more fun when you’ve got the motion of the ocean flowing beneath you! 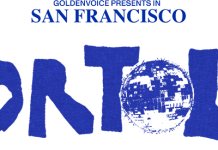 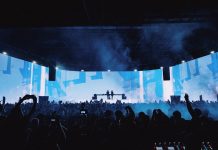