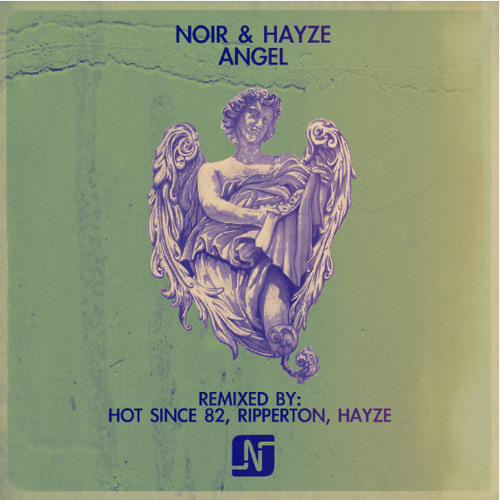 Topping the Beatport Dance Chart with his remix of Green Velvet’s ‘Bigger Than Prince’ last September, releasing a full length artist album, Little Black Book, and starting his own imprint, Knee Deep In Sound, UK producer, Daley Padley, better known as Hot Since 82, has quickly become a house music mainstay over the past year. Despite his meteoric rise in the house scene, Hot Since 82 takes the time to pay tribute with his latest remix to the artist that helped him get his foot in the door, Noir. Responsible for releasing Hot Since 82’s first track ‘Let It Ride’ on his own imprint Noir Music, Danish house producer Noir has now extended remix duties for his latest track ‘Angel’ to Mr. Padley.

Hot Since 82’s remix of Noir & Hayze’s ‘Angel’ is dark and moody with plenty of deep bass. Hayze’s top line is essentially left intact and Hot Since 82 orchestrates a rising urgent house groove around it with his signature siren call thrown in to break it up. This remix is perfect to get people moving in those crowded dark rooms we call clubs. It may be a little dark, but it certainly has a hit of funk behind it that you can’t help but move to.