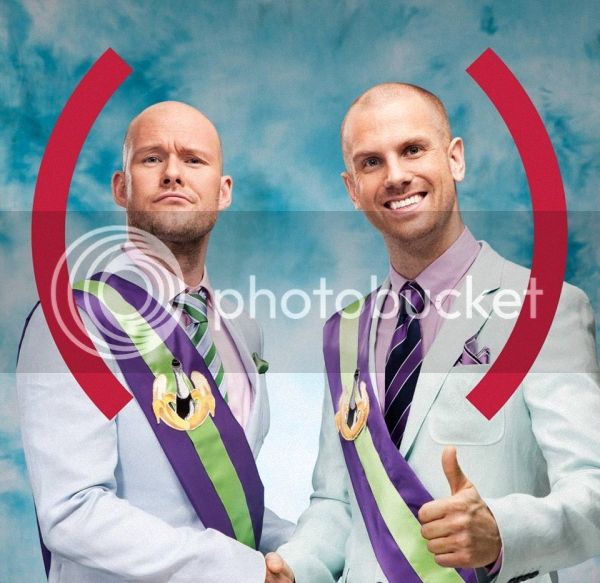 It was supposed to be their redemption show for not being able to play Ultra Music Festival 2013 due to being stuck in an airport in Sweden. SoHo Studios. Dada Life. Dada Land. It was on. However, as unlucky as it may be, the “Dada Land Compound” was shut down before it could even get going due to the mishandling of the crowd by security. The venue was shut down during Tritonal’s set, right before Dada could go on.

Melanie, a 20-year-old student at the University of Florida is from Miami and attended the show.

We didn’t get to the show until 10:30 p.m. and got inside at 11 p.m. The venue was definitely not at capacity. The crowd was getting real rowdy at the entrance because security was being unfair. They were only letting about two people in at time. It was inefficient, of course people are going to get riled up. So security shut the gate on people and refused to let anybody inside. Everyone became outraged and broke the entrance gate open and rushed in.

Below is a video from Instagram of the crowd out front breaking the entrance gate to get inside the venue:

The SWAT Team arrived along with more police officers. Due to the confusion of what was happening (according to Melanie, it was hard to hear the announcement that the show was being canceled), there have been some reports from concertgoers of the police overreacting to the situation and refusing to give solid answers.

Taylor, a 21-year-old student at Florida Gulf Coast University, also attended the concert and recounts the rain as a key factor in the riot.

It started raining and a ton of people couldn’t get in so they ran into the venue and security couldn’t hold them back. Personally, I didn’t think anyone was rowdy or ‘too messed up.’ I didn’t see anyone out of control and half of Soho Studios was still empty at the time.

That was the quick go-to thought when news broke out Saturday night that the show was being canceled. “Over capacity” is very common with these shows and it’s unfortunate when the promotion company has to issue refunds and deal with unhappy customers. So when concertgoers were asked after if the place was packed, they responded that there was a lot of room still. All signs point to the security, the rain and the urge for Dada.

The DJ duo had a planned gig as well at LIV night club in South Beach immediately after, which went on without a hitch. According to LIV’s music director, Biz Martinez:

“The Dada Show Saturday at LIV was bananas (literally)…We’ve been working with the duo for 3 years now and every show gets bigger and wilder. They have some of the best fans in dance music.”

Paul Campbell, co-founder of Committee Entertainment which helped put on the show, took to his Facebook that night to address the negativity that quickly blew up.

Please be patient we have never turned our backs on you and never will. There’s no need for accusations or pointing the finger because the truth is no one really knows what happened and what we went through to try to put on this show and FB isn’t the place to explain it. I’m sorry. I’m truly sorry.

Everyone who purchased a ticket will be issued a full refund. Here are some additional tweets regarding the incident, if you’re still hounding for more information:

Was beyond pumped for tonight! So sad the police shut it down! Hope we can come back soon! They can’t shut Dada Land down! Born to Rage!

Riot squad is here in Dada Land… They’re shutting us down. It’s out of our hands! So sad we can’t play. We know you were born to rage!

What the fuck is happening. Did they shut us down?

Apparently fire marshall locked the gates since it’s pretty much chaos here in Dada Land. We have to let him know the rules of Dada!